As part of my Psychology program, I have been learning about deep rooted issues in our societies. Earlier, I never realized that these have so well-reasearched and many societies have already taken an active interest on creating awareness and solve them. With the unfaltering hope that our Indian society is also heading in the positive direction, I am sharing some of the learnings to spread awareness.
Like any other social issue, awareness and acknowledgement are the first and foremost steps towards social reformation. Diversity is going to be key driving force in building new modern socities and businesses. An individual’s success in the present and future society is heavily dependent on his/her cognizance and transformation of attitudes towards these stereotypes, prejudices and discrimination.

A stereotype is a widely believed characteristic about individuals belonging to a particular group. It involves excessive generalisations and often learnt out of one’s experiences with few individuals of the other group. A stereotype can be in favor or against of the group. For instance, people from “marwari” community in India are considered good traders in general and by default, enjoy the confidence of others. However, they are also believed to be overly stingy and chided by all for the same.
It is not that stereotypes are always an unfaithful representation of a group. However, it is often crafted on the basis of one’s limited interaction with few members of the group. The major problem with stereotypes is the resistance by individuals to modify their acquired beliefs even when the evidence proves the contrary. Stereotypes are learnt in multiple ways from one’s surroundings. Socialisation, folklores, imitation are few such ways.

Desirable or undesirable, stereotypes play a major role in understanding and acting in one’s social environment. They also help us in predicting the behavior of the members of other groups.

Prejudice is an attitude that predisposes a person to think, perceive, feel and act in favourable or unfavourable ways towards a group. According to Baron & Byrne “Prejudice is generally a negative attitude towards the members of some social, ethnic or religious.” Prejudices can be racial, religious, sex based, caste based etc.

How is Prejudice different from Stereotype ?

As a type of attitude, Prejucide has all the three components i.e. affective, cognitive and behavioural. However, stereotype is majorly cognitive with expectations from person simply because the person is a member of a particular group or community.

In stereotype, all members of a community are treated alike as they are believed to have same characteristics while prejudice can take any direction it can be positive or negative both.

Discrimination is the differential treatment of individuals belonging to a particular social group or community or religion. It is generally the overt behavioural expression of prejudice. Generally the person discriminated is denied some privilege or right that is accorded to other members of society who do not belong to the minority group.

Before we talk about the ways to reduce prejudice and discrimination, it is important to be aware of the factors that maintain and strengthen them.

Status and Power structures
Relative social status has a coehesive affect on the prejudice and discrimination. Most societies in modern world have been patriarchal and social power (freedom) of women is restricted by structures of family relations.

Historical facts
An image of Jews as rich, and shrewd came from their traditional occupational roles as money lenders. In history, the church prohibited Christians from lending money at interest, but did permit them to borrow from Jews. Thus the jews became bankers when this occupation was extremely profitable with lower competition.

Social learning
Every individual as part of socialisation consistenlty learns and acquires beliefs, values and attitudes through parents, school and religion. These agents including parenting have been known to transmit prejudices and discrimination practices which often stay lifelong.

Conformity to Norms
Once social norms regarding prejudices and discrimination are well established, normalization in the society occurs and members of the society are expected to adhere to the same. For example, ‘Khap panchayats’ in Haryana region of India have been known to establish regressive norms for the local community which are many time unlawful.

Interaction Patterns
Social interaction patterns contribute to maintenance of the status quo. Several interaction patterns exist in the society that reinforce the prejudices and discriminations. These could be economic or social dependence of one group on another. For example, people from Bihar in India are often associated with blue collar jobs in other Indian states.

Frustration and Aggression
Any conneced frustration in the dominant population or its individuals has also been known to gives rise to prejudice. It is also often visible as aggression. When an individual finds some obstacle between him and his goal he gets frustrated and becomes aggressive towards anything which he considers an obstacle. If the furstrated person is stronger in any sense of power, he subjects the weak person to aggression. For example, Caste violence is common in India because a person from dominant may feel that he has the power to punish and vent out his frustration without facing any implications.

Personalities
People with authoritarian personalities often exhibit rigid thinking and punitive tendencies. Authoritarian people value people on the scale of power, people below them are treated as inferior and deserving to be exploited and hated. Individuals who are more intolerant or uncomfortable in ambiguous situations are also likely to be more prejudiced. Prejudice for them serves to resolve the ambiguity and uncertainty without having to deeply think about the situation. For example female infanticide in India was found to have less correlation with the financial ability of the family head to raise the girl child.

There are number of ways in which prejudice and discrimination can be tackled. These have been widely adopted and promoted in various societies to develop social cohesion.

Interactional situations between the prejudiced and the target person provide an opportunity to learn more about each other and thereby, may help in removing the prejudice against the target person.
Appropriate education has been shown to dissolve racial prejudice. Likewise, parents are advised to filter prejudiced content for children’s overall development.
Mass media is an effective platform in reducing prejudice and bias through information and socially relevant content.
It is observed that if the target person behaves in contrast to widely held prejudices, this creates dissonance in the mind of observers and helps in breaking the existing prejudice.
Government can play a significant role by enacting legislations and policy to proactively punish prejudiced person demonstrating wrongful behavior and simultaneously encouraging the growth and well being of the targeted person.
Individuals for whom prejudice has become an integral part of their personality must seek therapeutic treatments. State's awareness campaigns and an oversight on individual's public lives can lead to therapy support. 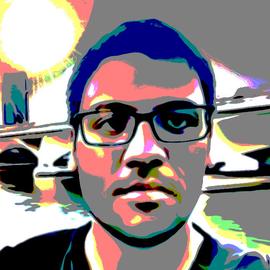